Hey everyone ! This week won’t bring new build for you, sorry for that ! But the wait will worth it!

The first chapter is almost done, roughly, there will have a lot of polishing to be done. You will soon discover how the story will be handled!

The plot is quite basic. Amanda and Romeo are hired to break into 7SidesCorp building. Sophie is an employee of 7Sides, she will have to protect a precious and mysterious alien artifact. Jack, as a police officer works inderectly for the Corp, he hears about a coup in 7Sides and investigate.

This is the chart I use, a simple Inkscape document (I love Inkscape)!  I manage the StoryState with 4 main variables :

Names, chapters and steps are quite obvious, with them I can know who’s playing and where he/she stands in the story. In the chart above you can see that, for this first chapter, there are some branching and two possible conclusion. Some boxes are outlined with green, this will be used if you already played the chapter with another character. If so, the game will use the outcome you had.

For example if you succeeded to investigate with Jack, the alarm will be active when you try to break into 7Sides with Romeo… and so on.

Later I’ll add one another possible outcome : each character will have the opportunity at key time to switch side, hence the alignment variable. But this is for an another chapter.

A first version should be ready for you to test next week! ’til then don’t hesitate to play the current build and leave feedback! 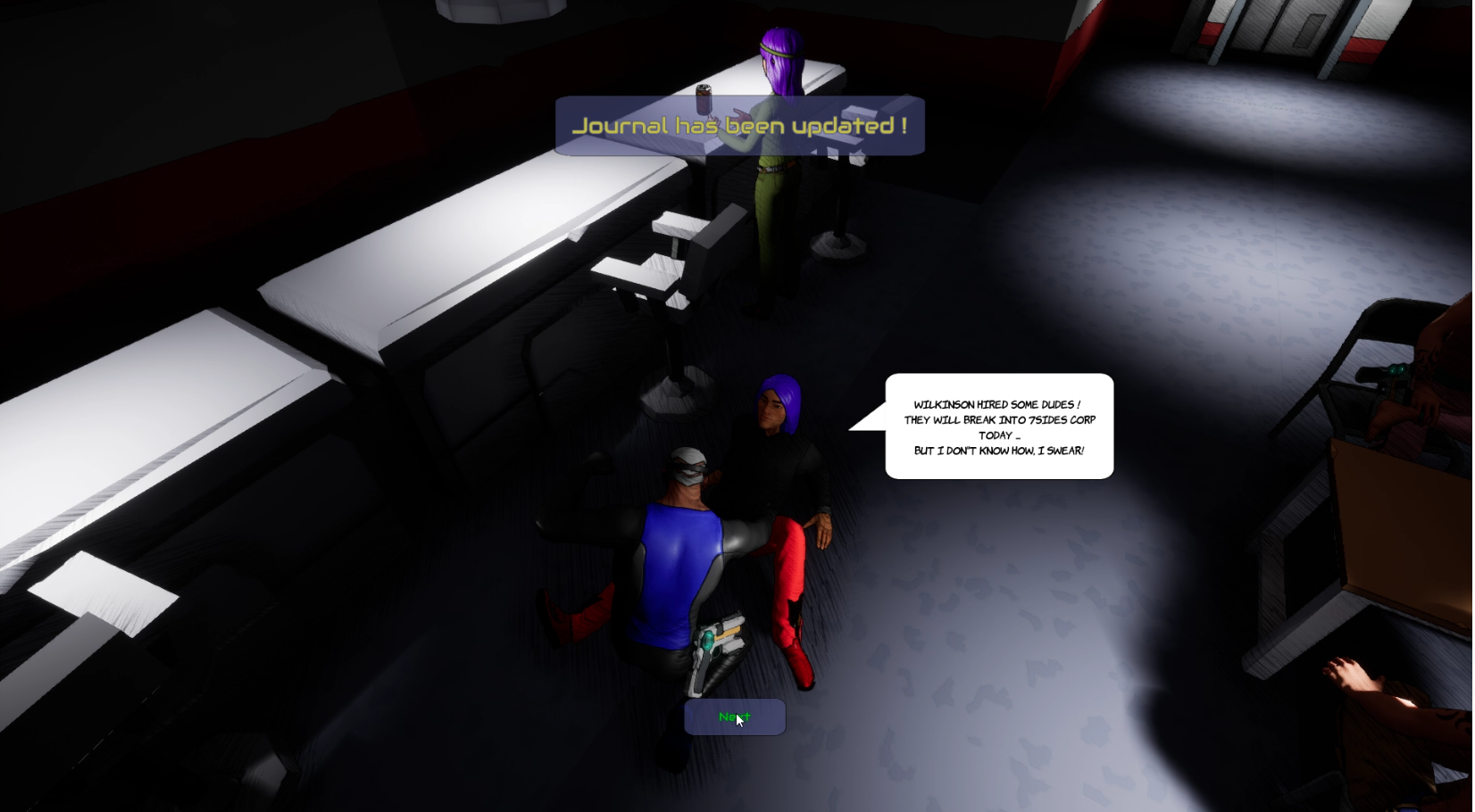